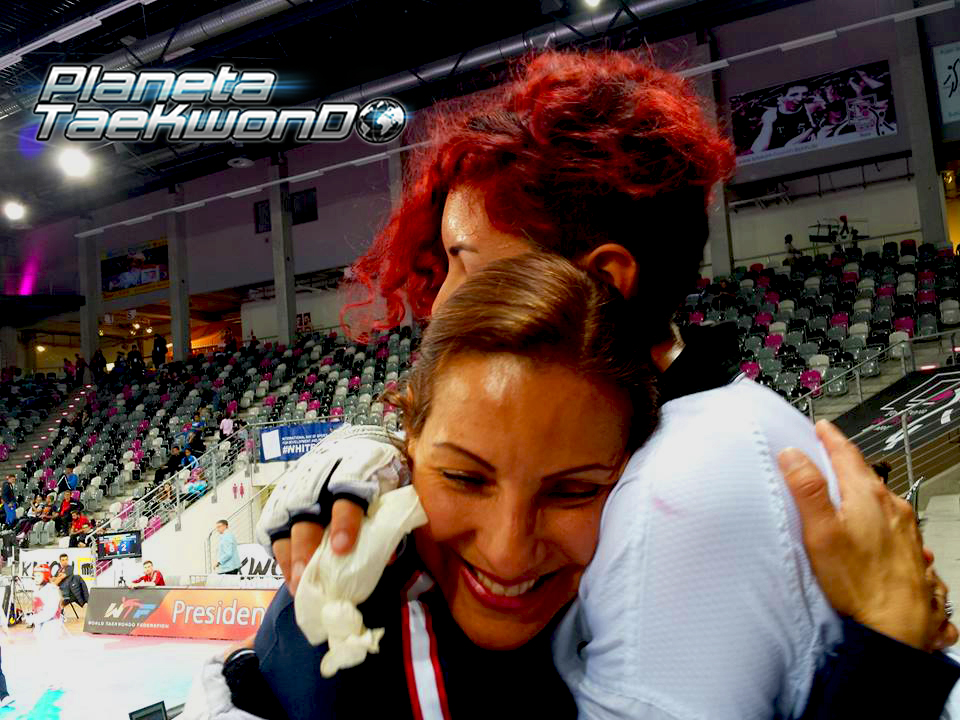 They attended to Planeta TKD in an interview in between flights at the Philadelphia International Airport coming back from Germany.
The first day was the turn of Matthew Foong to perform in the ring, while Lisette “Lizzy ” Flores-Salcido had her turn to compete on Sunday. They both had the ambition to be standing in the medal podium. Unfortunately the victory was not on their side and the bitter sweet taste stayed in their mouths.
The bitterness from.the loss and return to the country of stars and stripes without medals, but the sweetness of satisfaction from competing against an aggressive Taekwondo, fast and technical like, admitted Lizzy, she faced in Germany.
Foong who trains with his father, participated in the Junior division at the same time Lizzy had her battles in the same age division.

The coach in charge is Lisethe Salcido,  Lizzy’s mother, who also directs the Chang Lee’s Taekwondo school located in Keller, Texas.
The goals from these trips are to exploit the maximum of her athletes who we have been working with and keep the athletes incorporated to the elite and high level competition, coach Salcido assured.
Lizzy, for example, went with the selected team to the Cadet World Championships celebrated in Baku, Azerbaijan, two years ago. She has traveled to various countries where she has attained experience; and like her, there is the school competition team looking for their chance to explode into their maximum potential.
Something to be admired about these athletes is that they make sacrifices such as raffles,  garage sales, and whatever services that give them the opportunity to raise money to relieve their parents investment and cost to participate in as many tournaments as they can.
“Any sponsorship is welcomed” assured coach Salcido, while in the background it was heard that they have been called to board their flight back home.
The doors of coach Salcido’ s academy, located on 331 Golden Triangle Blvd. Keller, TX. 76248, are open to toddlers as young as 3 years old up to adults.
Salcido ‘ s competition team is always looking for more opportunities and experience, especially during the weekends, so if another school is interested to share this type of Taekwondo training you can contact her at
www.changleestkdkeller.com
Esteban Mora, exclusive for Planeta TKD
Translated by Lisethe Salcido and Lisette Flores-Salcido